The IFP Gotham Awards is one of the leading awards for independent film and signals the kick-off to the film awards season. As the first major awards ceremony of the season, the IFP Gotham Awards provide critical early recognition and media attention to worthy independent films. The awards are also unique for their ability to assist in catapulting award recipients prominently into national awards season attention.

“We congratulate the 2020 IFP Gotham Award nominees. In this unprecedented year we look forward to bringing the industry together and shining a light on some incredible films and television shows. We are proud to be celebrating our 30th anniversary in our resilient city, and continuing the core mission of IFP, independent storytelling.” said Jeffrey Sharp, Executive Director of IFP.

The IFP Gotham Awards ceremony will be held on Monday, January 11th. The awards show will be presented live from Cipriani Wall Street New York in a hybrid format featuring virtual interactive tables in order to follow health and safety protocols brought on by the COVID-19 pandemic.

The annual Gotham Actor Tributes, Director Tribute, and Industry Tribute will be announced at a later date.

The 2020 IFP Gotham Award nominations are:

John Magaro in First Cow (A24)

Last Friday, “I’m Thinking of Ending Things” debuted on Netflix, which was a critical and public success. Jessie was one of the great highlights of the film, having her acting as Lucy, Louisa, Yvonne… let’s stay with ‘Young Woman‘, widely acclaimed. I can say that the feature film, in addition to opening many doors for Jessie and bringing a lot of recognition to her, is among the best of our favorite actress. It needs, if possible, a prior reading of Ian Reid‘s book or a very open mind so that there are no hasty interpretations and judgments. Finally, check out Jessie’s screen captures in the film in our gallery:

THE NEW YORKER — Jessie Buckley: From “Fargo” to the Inside of Charlie Kaufman’s Head
admin on 24 ago 20 fargo I'm Thinking of Ending Things interviews projects Leave your comment 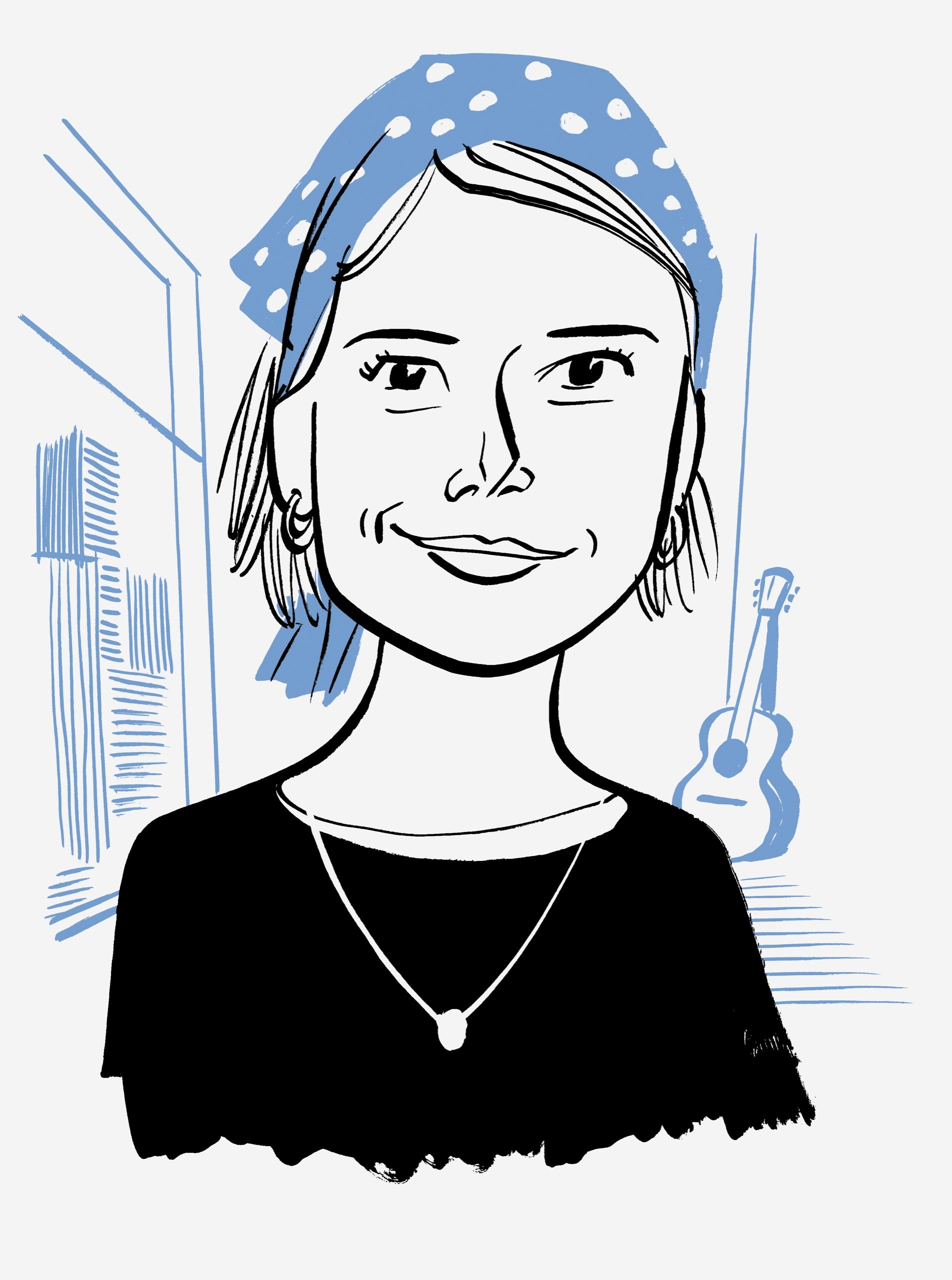 The Irish actress Jessie Buckley awoke before dawn recently, in a one-bedroom apartment on the forty-third floor of a Chicago high-rise. “I call them hamster apartments,” she said, a few hours later, of her anodyne surroundings: gray couch, dark-wood doors, a view of glass skyscrapers. Buckley was halfway through a two-week quarantine, before shooting the anthology series “Fargo”; she plays a Minnesota nurse, whom she described as “a nice cake with a very dark center.” From the apartment, she’d been hearing the blare of sirens and helicopters, amid days of clashes between rioters and police. But what had woken her up was jet lag, after flying from London days earlier. “By about four o’clock, the blue sky in Chicago turned into an apocalyptic tornado warning, and I’m, like, the County Kerry girl going, ‘Feckin’ tornado! I’m on the forty-third floor! What does that mean?’ And then it cleared.”

Buckley is thirty, with a wide, crooked smile and red hair, which she had tucked under a Rosie the Riveter-style polka-dot bandanna. In the past two years, she has had breakout roles in the film “Wild Rose,” as a Glaswegian ex-con who dreams of becoming a Nashville country star, and in the HBO miniseries “Chernobyl,” as the wife of a firefighter. Pre-production quarantining is a strange new feature of actors’ lives. “I was freaking out at the beginning, but I’ve kind of slotted into a rhythm,” Buckley said. She had brought lots of books, including “Romeo and Juliet”—she was supposed to play Juliet this summer, at the National Theatre, in London—and her guitar, so she could take remote lessons. “And I’ve allowed myself to buy nice bottles of red wine,” she said. “Me and a light-bodied chilled red are currently dating and in a very serious relationship.”

Before the pandemic, Buckley had spent six months working on “Fargo” in Chicago. In April, production shut down with two weeks left. “They said, ‘We’re sending you home tomorrow. Pack up your life,’ ” she recalled. “So then I was flying home with Ben Whishaw, and the two of us were spraying down our seats. But the captain was saying, ‘Oh, it’s fine. I’m going to go on holiday next week.’ It was quite mad.” She has spent much of the lockdown in London with her boyfriend, but first stayed for six weeks with her parents, in Killarney. “Quarantine there is not much different, because we live at the foot of a mountain and don’t really see people,” she said. Buckley is the oldest of five. Her mother is a harpist and a singer, and her father is a bar manager who writes poetry and “is an excellent hippie.” He had called her days earlier from Ballinskelligs, where her family has a caravan by the sea. “The way he described this seaweed on the rocks, his mind was just flitting,” she said. “He’d be, like, ‘Look, Jessie! It’s like a dead man’s coat!’ ”

When Buckley was seventeen, she went to London to audition for drama school but was rejected from her first choice. Distraught, she walked into an open call for a BBC reality show called “I’d Do Anything,” a singing competition in which the winner would star as Nancy in a production of “Oliver!” She got on the series and won second place, after one of the judges, Andrew Lloyd Webber, championed her. “He’s always stayed in contact: ‘Come and have a cup of coffee,’ ” she said. Years later, she auditioned for the movie version of Webber’s “Cats,” but was relieved not to be cast. “I don’t know how fluidly feline I would have been,” she said. “I’d be a very stagnant, boxlike, kind of anxious cat.”

In the new Charlie Kaufman film, “I’m Thinking of Ending Things,” which premières next week, on Netflix, Buckley plays a young woman who drives to the country with her boyfriend, Jake (Jesse Plemons), to meet his parents. Or she may be a figment of his imagination, or the hallucination of a high-school janitor. The movie is, to use the year’s most well-worn adjective, surreal: characters suddenly age thirty years, or break into songs from “Oklahoma!” “The first-ever note I got from Charlie, even in the audition, was ‘This girl is molecular,’ ” Buckley said. “I’m, like, What the hell does ‘molecular’ mean?”

During filming, she and Kaufman would e-mail odd inspirations back and forth: Anne Sexton poems, A.S.M.R. videos. Did she ever figure out what “molecular” meant? “I am a molecule of myself,” she speculated, of her character. “But I’m made up of atoms that Jake has created, which then explode and disintegrate.” Flustered, she blew a raspberry. “I was crap at science.” She had a week left in solitude in her hamster apartment, then four days of shooting “Fargo,” opposite Jason Schwartzman. “We have swabs every three days,” she explained; the protocols would allow the actors to play their scenes without social distancing. “We’re molecules!” she said, lighting up. “Finally, I get to be a molecule! This is what he meant! I get it!” ♦

Published in the print edition of the August 31, 2020, issue, with the headline “Molecular.”

The premiere of “I’m Thinking of Ending Things” on September 4 at Netflix is approaching, so the cast and director of the film, Charlie Kaufman, are already conducting interviews for digital vehicles about it! I’ll be making all of them available in this post! Be sure to check daily!

END_OF_DOCUMENT_TOKEN_TO_BE_REPLACED

Despite second thoughts about their relationship, a young woman (Jessie Buckley) takes a road trip with her new boyfriend (Jesse Plemons) to his family farm. Trapped at the farm during a snowstorm with Jake’s mother (Toni Collette) and father (David Thewlis), the young woman begins to question the nature of everything she knew or understood about her boyfriend, herself, and the world.

Charlie Kaufman always takes his viewer on a ride, but I’m Thinking of Ending Things — his first live-action film in more than a decade — raises his obsession with subjective experience to bracing new levels. “I don’t set out to do a mindf—,” the Oscar-winning filmmaker says. “I’m not setting out to do something that ‘tops’ some sort of brainteaser I might have done before. But there’s no question that I’m trying to build on the stuff that I’ve already done.”

Indeed, fans of the Eternal Sunshine of the Spotless Mind scribe and Synecdoche, New York director should pick up traces of his past work here. Ending Things begins as a sort of moody couple’s road trip, in which Jake (Jesse Plemons) and his girlfriend (Jessie Buckley) drive out to his (slightly haunted) childhood home for her to meet his parents (David Thewlis and Toni Collette). On the way there, the sense slowly builds that things aren’t quite what they seem; upon arrival, the pair are thrust in directions that bend the laws of reality, memory, and love. “Loneliness and hopelessness and regret — these are things that are part of the fabric of this film,” Kaufman says.

Adapted from Iain Reid’s 2016 novel of the same name, Ending Things bolsters Buckley’s character into the complex heart of the tricky, increasingly fanciful story. For Kaufman, casting was key — and while he’d never heard of Buckley before a friend brought her up for the role, he was sold instantly. “It was one of those things where you see somebody who’s not yet known, and you go, ‘Oh my God, I have to get this person,’ ” he says of her audition, in which she was tasked to recite a poem that’s featured in the film. “She’s present with whatever is happening. Whatever she does, it’s real. It happens in reaction to the thing that she’s given.”

Kaufman expects viewers to get a stronger sense of what they’re in for once our central couple arrives at the parents’ house, the first of several extended scenes in Ending Things that feel utterly, brilliantly Kaufman-esque. (Another finds Jake abruptly pulling over at a Dairy Queen-like establishment — in the middle of the night, in the thick of a blizzard. It’s stranger than it sounds.) “The house represents the imagined interaction between someone you bring home to your parents — that panic that is twoheaded at that point,” he teases. “You’re worried about what they’re going to think about your parents, and you’re always worried about what your parents are going to think of them.” Safe to say whatever Jake’s anxieties are, Kaufman won’t let him — or his viewers — off the hook easy.